Kibra Sub-County Pre nomination Political Debate Blog
February 17, 2017
On 17th February 2017 Sauti Yetu held a pre-nomination political debate for all candidates vying for the position of the member of the National Assembly. The debate was held at AIC Training Centre. 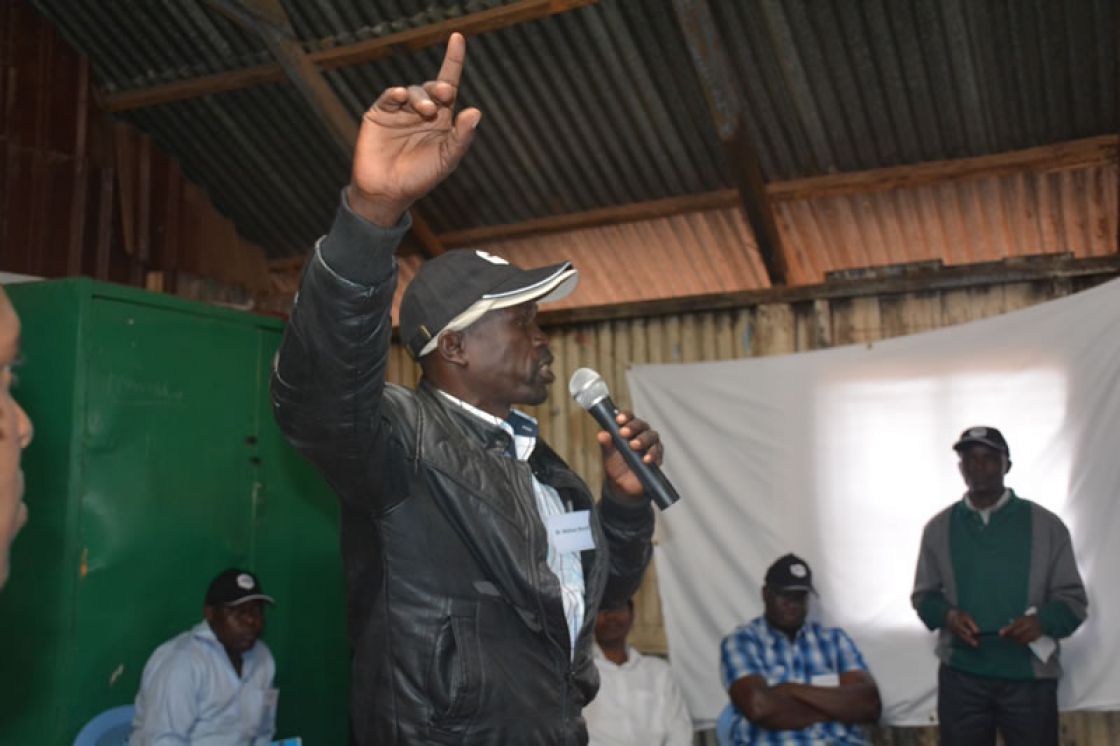 On 17th February 2017 Sauti Yetu held a pre-nomination political debate for all candidates vying for the position of the member of the National Assembly. The debate was held at AIC Training Centre.

The debate kicked off at 7.30 pm. The objectives of the debate were; to provide a platform to the public that shifts the political agenda from politician-led to community-led and give community members the opportunity to assess and ascertain the suitability of potential leaders to vie for public office. To cultivate, shape and sustain issue-based electoral processes that utilize the principal of leadership and integrity as the supreme criteria of choosing potential leaders. To increase and sustain productive engagement between potential duty bearers and right holders through public participation in a way that fosters responsiveness and responsibility.

The candidates who attended the debate were; honourable Hon. Kenneth Okoth of Orange Democratic Movement, Kassim Abdul and Malasen Hamida both from Jubilee party and Suleiman Yusuf an Independent candidate.

The community was able to articulate their concerns which include; Youth unemployment, Title deeds, School dropouts, Persons with Disabilities and Health.

All the aspirants promised to nurture talents should they be elected, to cab the issue of youth unemployment. Youths who have dropped out of school will be taken to train in various skills in village polytechnics and home craft centres. Others will be empowered to start business and be linked to financial institutions.

This debate was attended by one lady aspirant Mrs. Malasen Hamida of Jubilee party something that encouraged other ladies to vie for political positions. What is interesting is that all the aspirants promised the citizens good results. Only time will tell whether they will get there with whoever emerges as the winner.