Laini Saba Ward, Kibra Thematic Forum
May 26, 2017
Laini Saba is one of the five wards in Kibra sub-county. Sauti Yetu, a program of Inuka kenya Ni Sisi, organized a toolkit training for representatives of youth groups from five wards of the Sub-county. 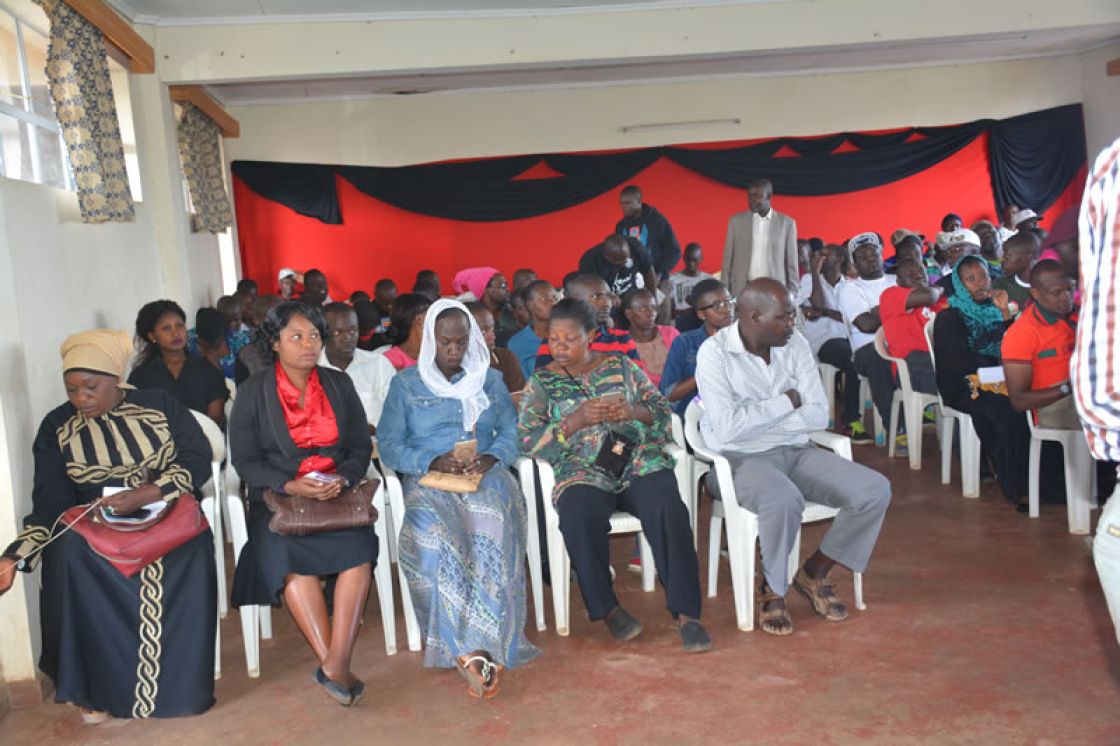 Laini Saba is one of the five wards in Kibra sub-county. Sauti Yetu, a program of Inuka kenya Ni Sisi, organized a toolkit training for representatives of youth groups from five wards of the Sub-county. One of the issues that emerged in this training is deterioration of security in Laini Saba ward compelling participants to request Sauti Yetu to organize a thematic forum to discuss the issue. This was planned and took place on 26th May 2017. The objectives of this forum were; to increase the level of engagement between the leaders and the community, to do issue (needs) assessment and to increase the knowledge of the community on the roles of different duty bearers and the functions of the two levels of governance.

The community complained that youths are getting harassed by Administration Police and that they use abusive language lacking respect to the community. An example of harassment was given by one youth who had intervened when his friend was arrested by the police without any cause but the police harassed the later and even threatened to shoot him to death.
Interestingly if a youth is sported wearing silver or gold necklace and being smart in this ward, it is a crime warranting them to be killed by the police. This has seen many innocent youths being killed by the same officers who should be the ones protecting them.

Community members used this forum to recognize the good work that the National Youth Service had done in the community of absorbing many youth some of them who used to engage in crime. This is because crime rate had reduced at the time but since the project stalled, crime had risen. The community requested the government through the duty bearers present to reinstate the program as youth were engaging in crime for being idle.

Responding to the concerns raised by the participants, the assistant county commissioner Mr. Kennedy said that there is division among the community members in the wards and there is need for co-existence. He said he is aware that since the NYS project stopped, the crime rate had risen and that is why youths were indulging in crime. He cautioned the community to exercise their democratic right of elections by exercising tolerance during this electioneering period. Youths were advised to register their groups as companies so that they can get funds as groups from government funds such as Youth Enterprise Fund, to enable them start projects and create job opportunities.

He urged the community to use their diversity as a strength and not as a weakness. Mr. Kennedy requested Sauti Yetu to plan another forum which will bring all the stakeholders so that they can come up with a way forward to the issue and the complaints of the community.

The Administration Police’s commandant cautioned the community not to provoke the police and went further to defend the police that they never do patrol while drunk.
One of the community youth members Mr. Gabriel who has started an organization in Kibra by the name ‘Drop a Gun’ which helps youths to return guns to the police, urged the youths to stop using guns and reform.

To my opinion this forum was a good opportunity for the community and duty bearers to interact and share.