Joint Community Forum Luckysummer Ward
May 19, 2017
Sauti Yetu, held a joint community forum on 19th May 2017 at Migingo market whose objectives were; to increase the level of engagement between the leaders and the community; to do issue (needs) assessment and to increase the knowledge of the community on the roles of different duty bearers and the functions of the two levels of governance. 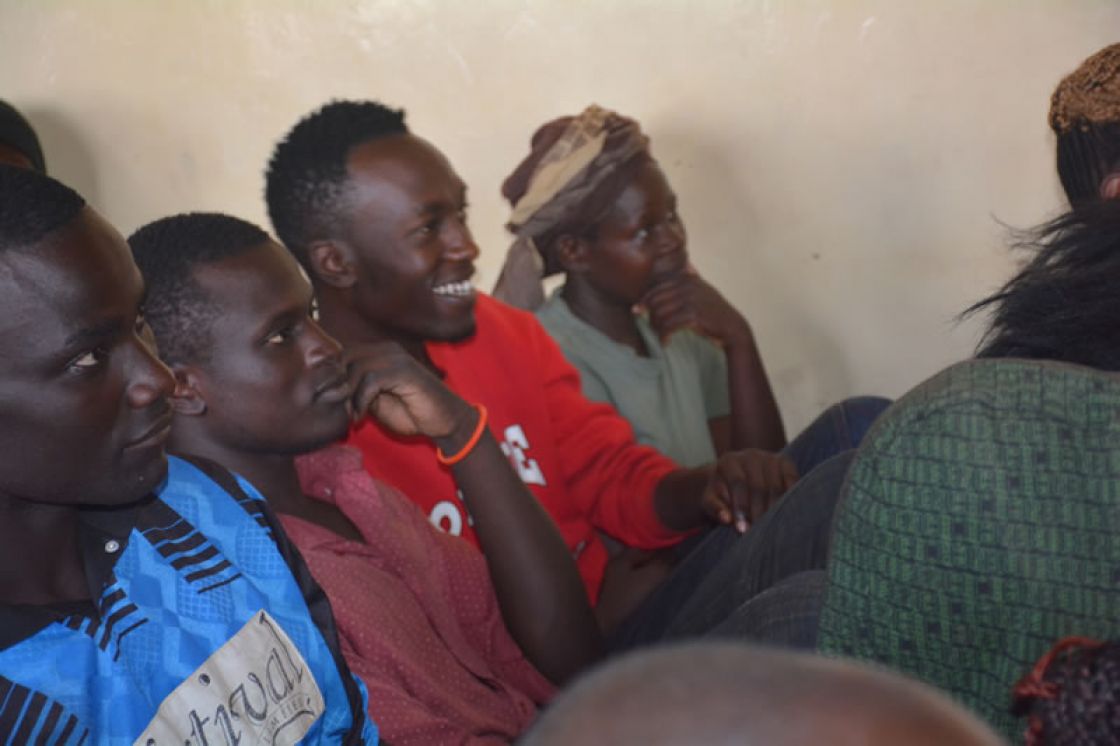 Sauti Yetu, held a joint community forum on 19th May 2017 at Migingo market whose objectives were; to increase the level of engagement between the leaders and the community; to do issue (needs) assessment and to increase the knowledge of the community on the roles of different duty bearers and the functions of the two levels of governance.  Participants were drawn from the six villages in the ward.

The duty bearers who were invited to this forum were; Assistant County Commissioner Kariobangi North Division, Officer commanding station Ruaraka police station, Ruaraka sub-county administrator, Luckysummer ward administrator, Baba Dogo location snr. Chief and Luckysummer sub-location assistant chief. Of the invited duty bearers, the sub-county administrator sent his apologies as he was attending a meeting at City hall, while the ward administrator Mr. Isaac Ali appeared technically and left promising the organizers that he could to come back which he never did. However the assistant county commissioner Mr. Mwangi Wahihia, snr. Chief Mr. Erick Momanyi, and assistant chief Mrs. Joyline Gatakaa were in attendance. The joint community forum was attended by 105 community members.

The community lamented they have nothing to be proud of as progress brought about by devolution dispensation. They claimed that they have not seen any development in the ward. The community posed few questions which need some attention; what process should they follow to recall their MCA?, they also wanted to know why they were being served by an Assistant County Commissioner from Kariobangi North yet they have space. According to them the population in Baba Dogo location is enough to warrant them a division. The community complained that street lights erected within the ward were non-functional hence giving room for thugs to terrorise them. The community lamented that they have never been involved in any public participation forums due to poor communication strategy from the ward office.
Despite this community having those questions, they were able to identify various issues that they felt were affecting the ward and categorized them into five;

(1)  Health; the entire ward has no public health facility forcing the community to seek medical services at the Baba Dogo health facility which is sometimes overcrowded. The community suggested that the Baba Dogo health facility be upgraded to the next tire and be provided with an ambulance as it now offers maternity services. The facility should be staffed with enough doctors to enable it to offer services 24 hours.
(2) Employment; many community members are unemployed, a situation that has forced many youth to involve themselves in unlawful activities.
(3) Security; participants felt that there is need of the security agencies to enhance security within Bakita, Gulucolla and Luckysummer villages which boarders Gomongo village and Dandora which the community feel that these are the havens for thugs.
(4) Education; there is need of a village polytechnic in the ward to help train those who did not transit to either high school or higher learning institutions. There is no public nursery school though this was passed in the county assembly that a model nursery school was to be constructed within this ward in the entire county. Bursaries are distributed with discrimination to either friends of the MCA or those whom he thinks voted for him.
(5) Infrastructure; roads within the ward are in bad condition especially the one connecting Baba Dogo to Luckysummer through Migingo market.  There is no proper sewer system in some parts of the ward especially Gulucolla and Mugure villages forcing the house owners to direct the pipes to the river or to the open trenches.

Responding to the concerns raised by the participants, the assistant county commissioner Mr. Mwangi Wahihia, informed the community that they are served from Kariobangi North division because Luckysummer is within the administrative boundary of Kariobangi North division and that there is a difference between administrative and elective boundaries. He further informed the community that security entails many issues from food, health education and others. He cautioned the community to be on high alert due to rumors that there is an outbreak of cholera. He directed the snr. Chief to work closely with the public health officer in the district to monitor health situation and report any suspected cases to the relevant authority for action. The officer said that it is not possible for the ward to have a police station as requested by the community but instead make use of the Administration police post situated at Bakita for it is equally staffed and equipped. He continued by cautioning the community on the need of keeping peace during this electioneering period.

The Snr. Chief Mr. Erick Momanyi echoed the same sentiments of keeping peace and order during this period and also requested the community to work closely with security agencies and his office during this electioneering period.

From my experience,   the forum was a good opportunity for the residents of Luckysummer ward to learn more on the roles of different elective positions. They learned the different functions of the two levels of government and meet with the assistant county commissioner whom they have never had a chance to interact with. It also gave the residents an opportunity to identify issues affecting them.
From my observation more civic education and accountability forums are needed since many community members are not aware of the existence of some offices and even the roles of their elected leaders. I realized that Sauti Yetu stopped working in this ward about 4 years ago.