Luckysummer Ward: Community Action Group meets to reflect on key service needs in the ward
May 29, 2018
On the 29th May 2018, Sauti Yetu organized a Focus Group Discussion (FGD) involving community groups trained on the Sauti Yetu toolkit and some community leaders who had initially volunteered to be community action group members. 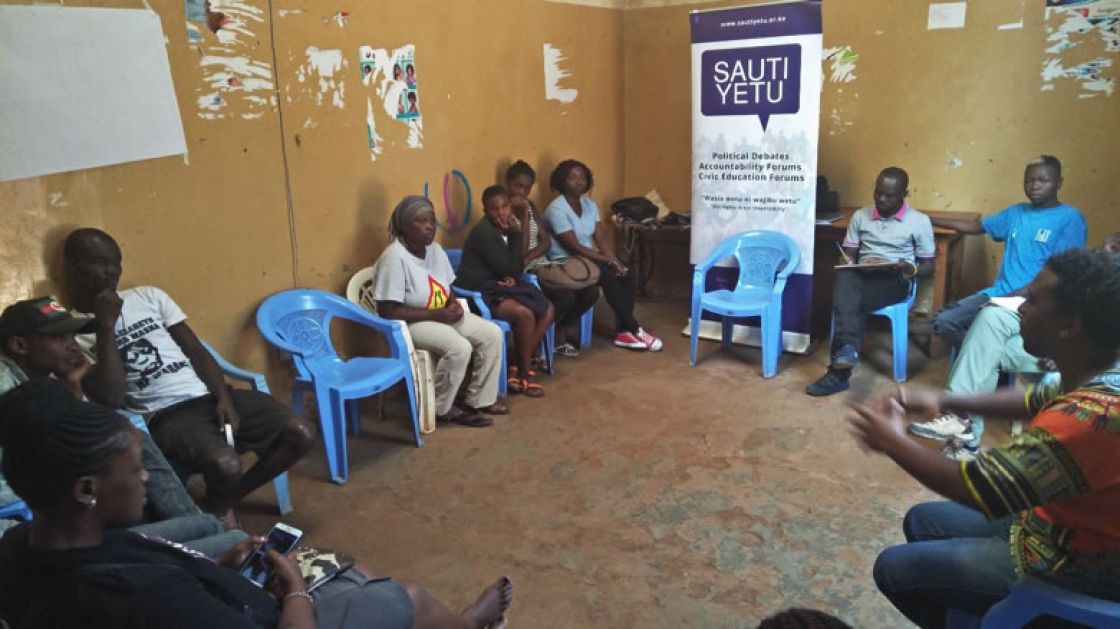 Lucky summer ward is among the wards of Ruaraka Sub-County, Nairobi County. This ward is neighbour to Baba Dogo and Korogocho. The member of the county assembly (MCA) for this ward is honourable Fredrick Omondi a first time MCA. The ward has neither public primary school nor secondary school. This Nairobi County had proposed to construct a model Early Childhood Development Class in this ward between 2013-2017 periods something that is still a dream.

Participants were taken through the concept of community action (CAG) which then paved way for deliberations on key service delivery needs and priorities in the ward and how the members of the community action group will influence their resolution.