Ruaraka: Members of Community Action Group write a memorandum to the Clerk of the Nairobi County Assembly to express their displeasure with the 2018/19 budget
June 4, 2018
On 4/6/2018, Sauti Yetu, held a deliberative meeting with members of the community action group in the sub-county. 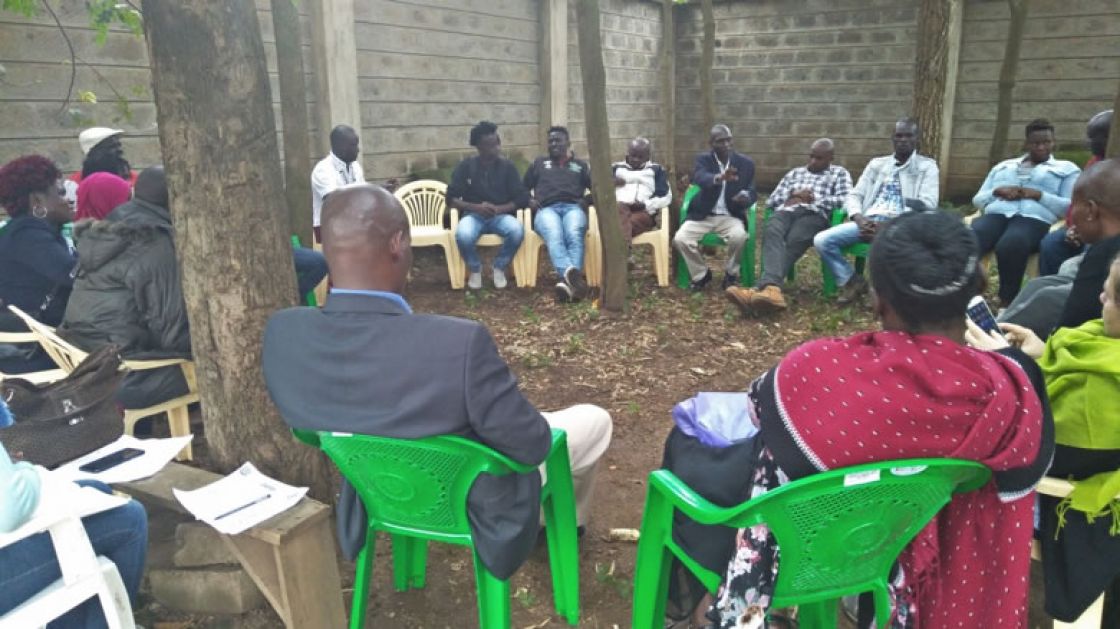 Ruaraka sub-County is represented by Tom Kajwang in the National Assembly. The sub-County is home of over 100 companies two financial institutions, one private University ( KCA)  two colleges; Utalii College and Kenya Power.  The sub-County has one of the biggest informal settlements in Kenya-Korogocho.

On 4/6/2018, Sauti Yetu, held a deliberative meeting with members of the community action group in the sub-county

Members of the community action for instance noted that during the public participation on the Nairobi integrated development plan (CIDP) of 2018-2022 almost all the wards suggested provision of an ambulance but this was never factored in the 2018/19 budget. Members of the community action group from Mathare North ward had suggested the construction of a one story block at the Mathare North Health Centre but this was never budgeted for in the proposed budget.

After going through the proposed budget against the 2018-2022 Nairobi County Integrated Development Plan, participants unanimously agreed to write a memorandum to the Clerk of the Nairobi County Assembly to express their displeasure on the proposed budget. Participants were able to generate some of the issues which they felt are of concern which include; the budget estimates has little focus on projects which are citizens oriented.

Key details of the memoranda included:

The members agreed to collect some signatures from community members of goodwill as a backup of the memorandum and they presented the memorandum to the clerk of the County Assembly.