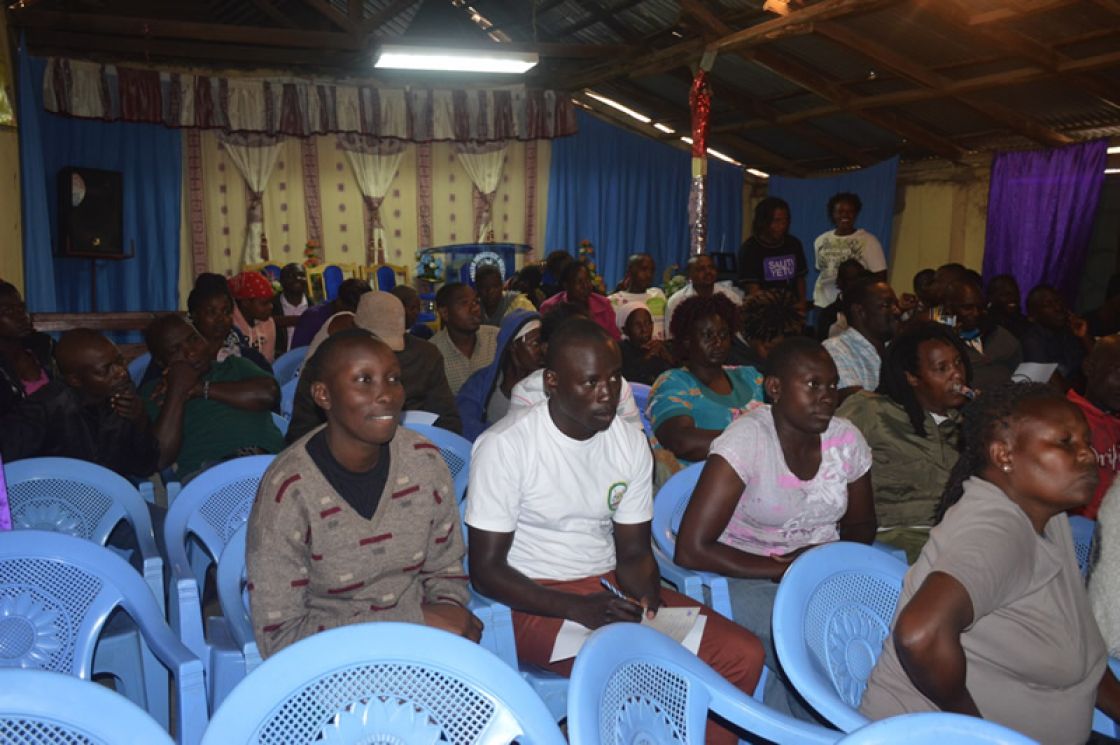 On July 7, 2017 Sauti Yetu organized a political debate Forum in Baba Dogo Ward, Ruaraka Sub-county Nairobi County at Shalom Evangelistic Ministries Church. The objective of the forum was to provide a platform to the citizens that shifts the political agenda from politician led to community led and give them the opportunity to assess and ascertain the suitability of potential leaders to vie for a public office. To cultivate and sustain issue based electoral processes that utilize the principals of leadership and integrity as the supreme criteria of choosing political leaders. The forum kicked off at 11.10 a.m. Those who attended were; Pascal Mulinge Wiper party, Philip Onono Independent candidate and Ramadhan Obiero Ukweli party. Representatives from the five villages of the ward members; Kasabuni, Kariadudu, Riverside, Baba Dogo and Laundry attended the forum.

Among the outstanding issues raised by community members were the youth and unemployment where the candidates responded by suggesting that what the youth need is self-discipline and vocational training which will enable them to be self-reliant for employment opportunities are limited. They also called for establishment of an Open air market in the ward to help in creating employment as many youth and women would engage themselves in self-employment instead of being idle.

Infrastructure, garbage and sewerage were also raised as issues that the community felt should be addressed. On their response the candidates said that they will liaise with landlords so that they divert the sewer lines from residential areas, they also promised to engage the Nairobi Water and sewerage company for the same cause.

The community members put the candidates to task by asking them to declare their wealth to them as they don’t want to elect leaders who are going to accumulate wealth. The candidates were also required to state whether they will still be reached using their current phone numbers or they will change them after being elected as some do and even don’t answer calls from the citizens. The candidates on their response promised not to change their numbers, and promised to involve the community in any activity as is in the constitution.

The candidates urged the community to elect leaders who are not corrupt and who uphold to the constitution and the fear of God.