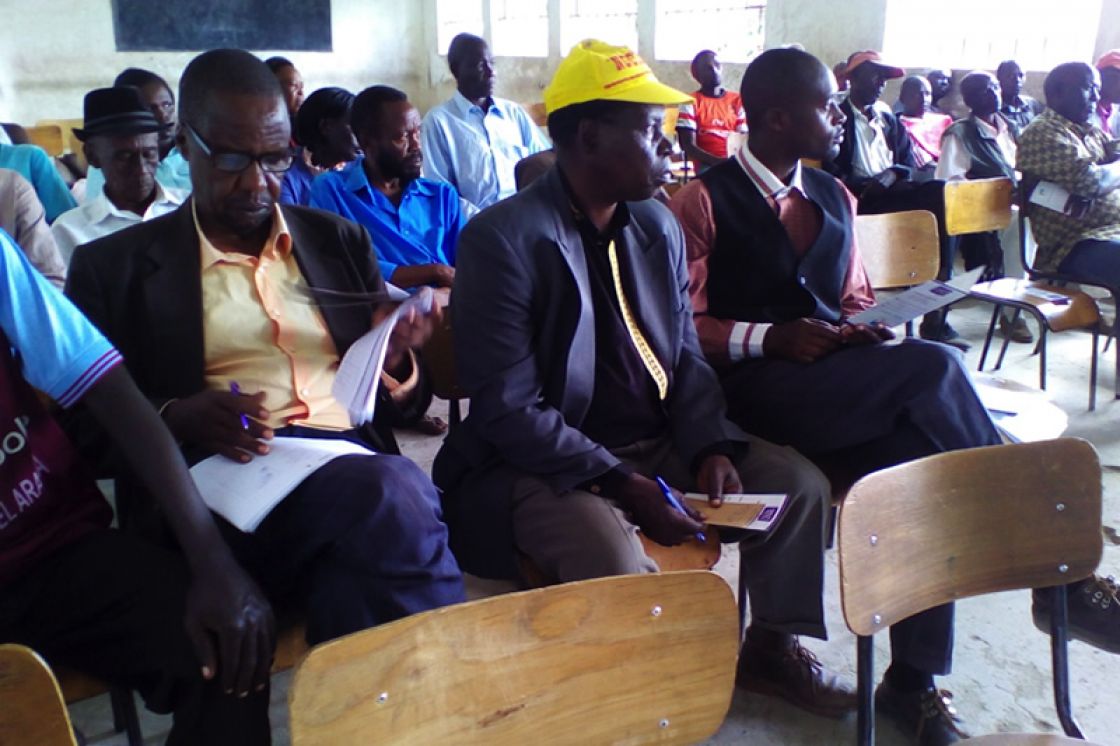 The Joint Community Forum aimed at creating a platform where duty bearers and right holders came together to identify priority issues and to find a common ways of addressing them, The forum brought together residents from various villages of Barut Ward, Famers, Community leaders, Community groups, Local Administration, Individuals and Representative from the Kenya Wildlife Services (KWS).
Member of County Assembly, Ward Administrator and Representative from the National Government Constituency Development Fund (NGCDF) sent apologies.

The forum was preceded by a meeting between the representatives of community group and the Sauti yetu team to harmonies ‘and guide on the days’ program, David Kahoro   the community moderator from Barut resident introduced the participants and agenda of    the day. Together with Sauti yetu team the moderator took the participant through previous identified issues and challenges faced in addressing these issues, the residents were invited to compliment the issue presented by contributing any additional issues that may be overlooked.
The community members identified and prioritized key issues within their ward.  These included;

Duty bearers in attendance were invited to respond to community concerns and together with the right holders come up with the way forward.

The Kenya Wildlife Services (KWA) Representative, M/S Nancy Akinyi the Lake Nakuru National Park, Which border Barut Ward began by introducing Kenya Wildlife Services their mandate and coverage of Lake Nakuru National Park, She outlined previous Human Wildlife Conflict areas and the mention, she pinpointed the new Legislation on Wildlife (Wildlife Act 2013), she pointed out that the act encompassed several proposals from the public including Compensation on damage caused by wildlife.

She outlined the process of Compensation in case of such damage and the committee in charge. However, apes, baboons, Monkeys and Moles are not included within the category that attract compensation in case of damage, she appealed to the community to exercise responsibility during construction, animal rearing and waste disposal to minimize  the Baboon Menace. In her closing remarks, she impressed on the communities to lobby a review of the Legislation through the necessary Legislative bodies .KWS officer accepted invitation to attend a larger hematic forum that had been organized to address the common issue shared by different wards in the area.

Assistant Chief Oyawa outlined the issues of birth registration for children born around the sub-location.  The Sr. Chief Kering spoke on the need to improve on the communication channel especially on initiatives by the National government.  On the issue of grabbing of road reserves, he promised to take drastic action on the grabbers.

The forum led to the formation of Community Action Group (CAG) comprised of community members who had previously volunteered to follow up on community issues. The CAG was charged with the responsibility of initiating follow action with the relevant duty bearers and institutions on priority issues identified in the Ward.