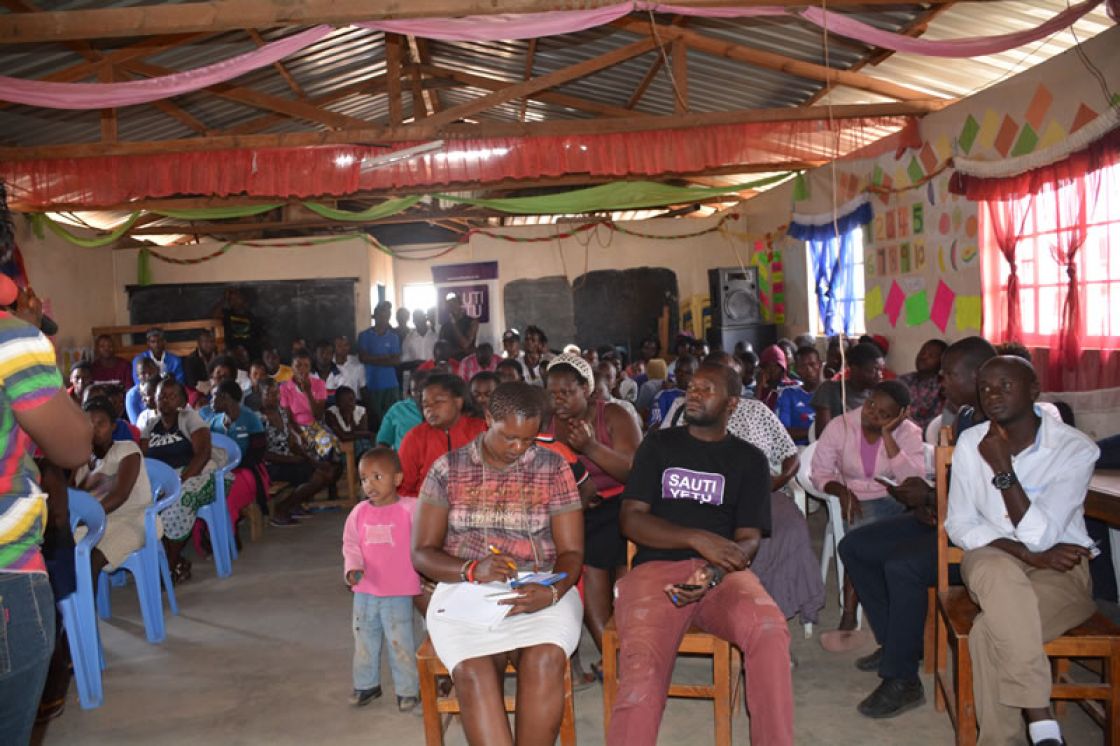 On April 26th, 2017 Sauti Yetu organized a joint community forum in Hospital Ward, Mathare sub-county, Nairobi County which brought together the community and the Ward Administrator.

The objective of the forum was to bring all aspiring members of the county assembly and their leaders on dialogue to discuss specific issues within the ward and to identify workable means to address them. This was organized to increase the level of understanding of the community on governance and functions of this position as clarified down in 2010 Constitution of the Republic of Kenya and involvement of public participation in decision making within the ward. The forum kicked off at 9.30am. The Ward Administrator was present and 125 members of the community. The Member of county assembly (MCA) was invited but he dint show up.

The ward administrator closely engaged the community residents of Hospital Ward in mapping out key priority areas of the ward. Amongst the issues that featured prominently included;

1.) the need for installation of street lights along major streets of the Ward to help in cubing incidences manifested through mugging,
2.) poor roads in the area
3.) delayed completion of Upendo health facility, lack of drugs, Equipment, Maternity ward and ambulance.

Sauti yetu therefore aims to advocate for the prospective member of county assembly to prioritize these issues in their development blueprint for Hospital ward.