KAPTEMBWO WARD, NAKURU: Residents and their Member of the County Assembly work together to identify service needs in the ward for planning and implementation
March 26, 2018
On 26th March, 2018 Sauti Yetu, together with community based organizations based in KAPTEMBWO, organized for a Joint Community forum in KAPTEMBWO ward. 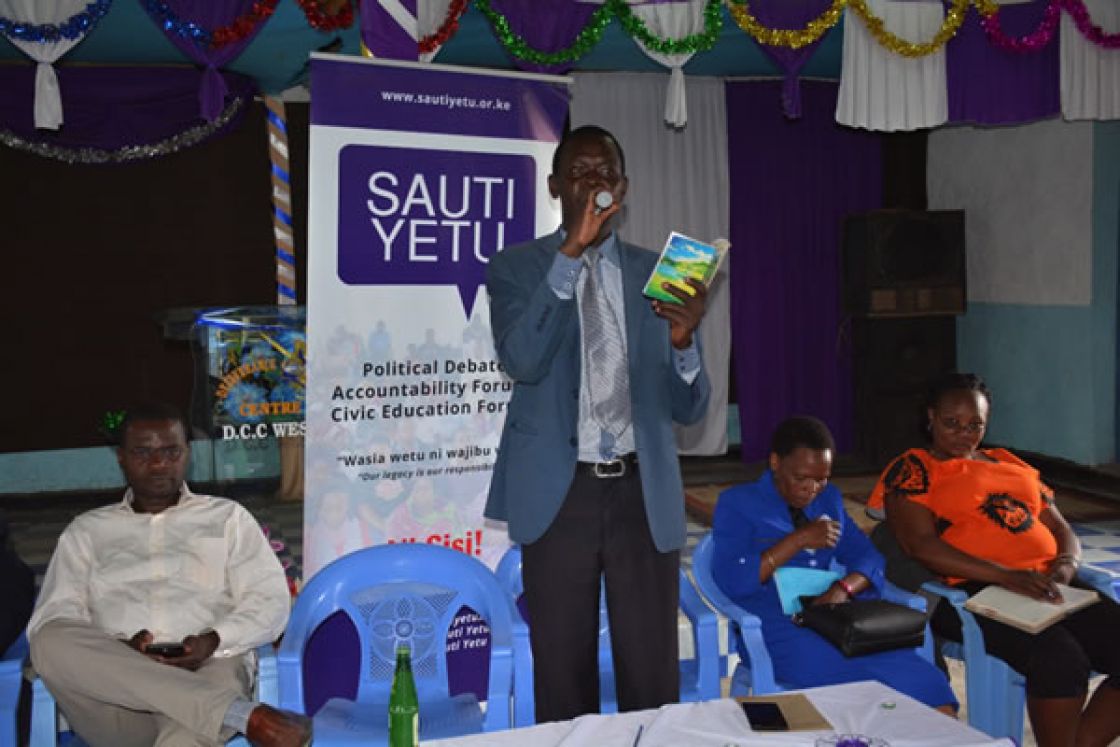 Unemployment – Youth are engaging in crime due to unemployment.  The upcoming roads project dubbed “Boresha Barabara”, was anticipated to employ youth in casual labour.  Security lights around Pondamali area not working.  There was rampant vandalism of security lights by criminals

Duty bearer’s response
The MCA, Hon. Peter Kajwang highlighted key policies and legislation that were currently on the floor of the house for consideration which would affect Kaptembwo residents.  Key among them was the revision of county land rates. The outgoing ward administrator Mr. Billy Kiprop used the platform to engage the residents in mapping out key priority issues of concern.  He also introduced the incoming Ward Administrator M/S Beatrice Yegon.

Residents of KAPTEMBWO Ward established a Community Action Committee that will work hand in hand with the duty bearers to track and follow up of resolution of concerns raised by the residents in the areas of above mentioned sectors and other emerging issues, they were select each from each Village of KAPTEMBWO ward, and they were Markay Odiyo, Ephraim Muramba, Peter Kilonzo, John Onyango, Jemima Nduta, Agnes Auma, Flora Anindo, James Alumera, Loise Kige, John Ochieng, George Andele, Jacinta Oteba,Teresia Wanjiru, Ramla Josphat and Patrick Njihia
The KAPTEMBWO ward joint community forum played a significant role of bringing together residents of KAPTEMBWO ward and their immediate duty bearer at the ward level; ward establishment of community action committees to work closely with the immediate duty administrator to deliberate on key issues of concern in the ward for resolution.  The forum paved bearers; ward administrator and Member of the County Assembly for follow up and resolution.

Duty Bearers expressed goodwill and commitment to work closely with the CAG and Kaptembwo residents in general.