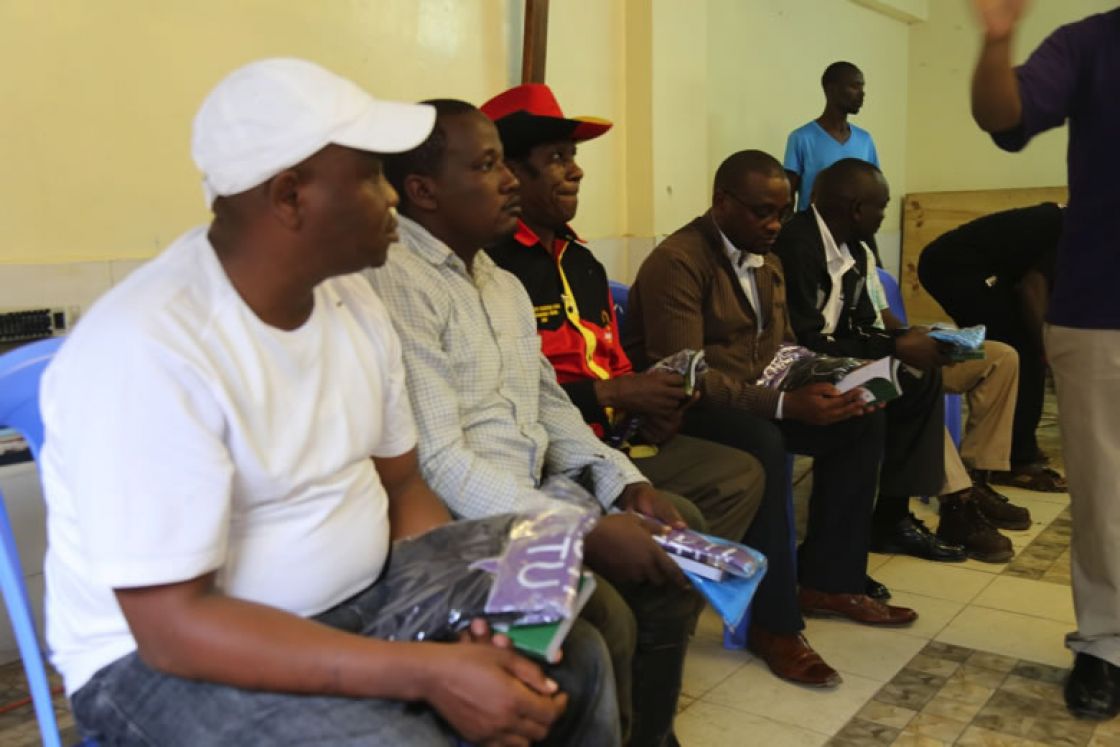 On 8th April 2017 Sauti Yetu organized a pre-nomination political debate at ACK social hall in Kiamaiko ward, Mathare sub-county, Nairobi County. The forum aimed at giving the electorate a platform to vet the suitability of each candidate to represent them in the county and make informed choices in the party primaries. Five candidates with 121 residents of the ward took part in the debate

Here are some of the excerpts from the candidates who participated in the political debate responding on their understanding of the priority needs of Kiamaiko ward and their suitability to represent the residents of Kiamaiko in the Nairobi County Assembly:

Kelvin Gicharu aka Kabuga wa Gas:  “I have come here in gum-boots because I understand how our roads are in bad condition. If elected I intend to solve the three challenges that I’ve observed in our ward. Insecurity, joblessness and lack of food. I decided to vie for the MCA office in our ward it’s because I’ve realized that the leaders we elected are not doing the work we elected them to do. They go to the county assembly to enrich themselves.”

Joseph Moses Karanja Kamau: “My leadership if elected will be based on truth and justice. I have been working in this ward as a community Health Worker, I don’t intend to change my residency.  My main focus if elected is to organize youth and women into self-help groups and provide them with linkages in the private sector”

Joseph Karanja Ndung’u: “A major impediment to effective service delivery in Kiamaiko ward is the lack of continues involvement of the public in decision making processes in the ward. If elected, my immediate the focus will be to set up mechanism of public participation in Kiamaiko ward”

Antony Kimani Mburu: “Local leadership by the people, It’s your leadership and must be all inclusive, all residents of Kiamaiko must be included in public participation and decision making. We must come together and solve our own problems. If its education we must come together and ensure our children get good grades in school. I work as a nursery teacher, I have interrated with the challenges facing Early Childhood education in Kiamaiko including lack of ECD facilities and enough teachers. This is an area that will of signifinace importence if elcted.”

Joseph Mwangi: “As per the constitution leadership is yours not mine. If elected, my work will be represent your views in decision making spaces, not mine.”